Adderall is the name of a medication used to treat attention deficit hyperactivity disorder (ADHD). It is a central nervous system stimulant. In addition to its use as a medication for this disorder, or in order to treat narcolepsy, it has a number of effects that have made it an attractive choice for those looking to boost their physical or academic performance.

It derives its stimulant qualities from the fact that it contains amphetamines, and increases levels of dopamine in the body (a feel-good neurotransmitter) to a large degree. Despite the fact that it is a common treatment option in the U.S. for ADHD patients, Adderall (just like any amphetamine) has the capacity to be addictive and is capable of creating a substance abuse disorder in those who take it.

The capacity for addiction is regardless of whether it is obtained with a prescription or not. Adderall addiction can lead to decreased quality of life outcomes, and people who misuse Adderall can end up suffering severe consequences, even extending to death.

As one of a few common prescription stimulants, you may think that abusing Adderall may not be such a serious concern. But as a Schedule II drug, similar to cocaine, Adderall has a high potential for abuse and dependency. Despite its seemingly innocuous purpose as a prescription drug, it can be extremely dangerous.

Abuse would indicate use that is not prescribed by a medical practitioner. However, just because it is commonly prescribed does not mean that it is safe. Those who abuse Adderall for the sake of pleasure, or for a physical or psychological boost, run the risk of falling into an addictive cycle that is hard to break and that is potentially fatal.

People abuse Adderall for a number of reasons. These include: 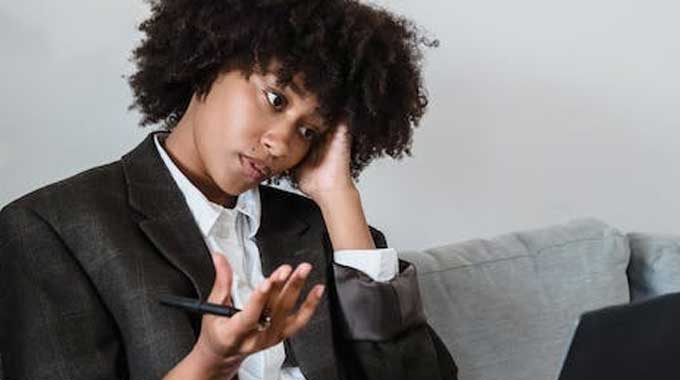 Due to its uses in boosting performance, Adderall abuse has extended past treating ADHD and has quickly become a drug of choice among young adults and college students. Prescription stimulant abuse is therefore something that you should educate yourself on, in order to avoid falling into unhealthy cycles of addictive behavior.

Recent studies have shown that Adderall abuse is most common among 18-25 year olds and that the number of young people taking Adderall is expected to rise over the coming years. Among this population, students are the most likely to misuse Adderall, followed by athletes. People with eating disorders are also likely to be abusing Adderall due to its capacity to suppress their appetite and therefore increase weight loss.

When Adderall abuse involves prolonged use with consistently higher doses, then the risk of serious side effects increases tremendously, extending even to a potentially lethal overdose. These side effects include: 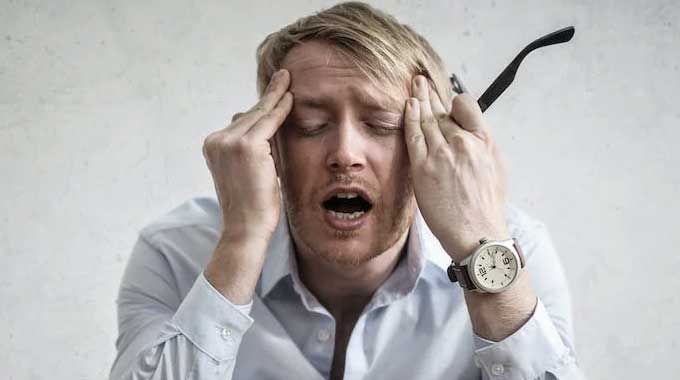 How Does Adderall Addiction Form?

Adderall addiction can come as a surprise for many people who take it to boost their performance, but it is the most likely outcome of Adderall misuse. Even recreational Adderall users will be taken aback at how quickly Adderall can take over their lives.

The quality that makes Adderall addictive is its capacity to stimulate dopamine production in the brain’s reward center, leaving users constantly craving more.

While dopamine is a common neurotransmitter, Adderall creates extremely large amounts of it. This then produces an excitatory and euphoric effect. This is one of the biggest reasons that recreational users begin misusing Adderall, aside from the fact that it increases mental performance. As they chase this high, they begin abusing it in larger quantities. 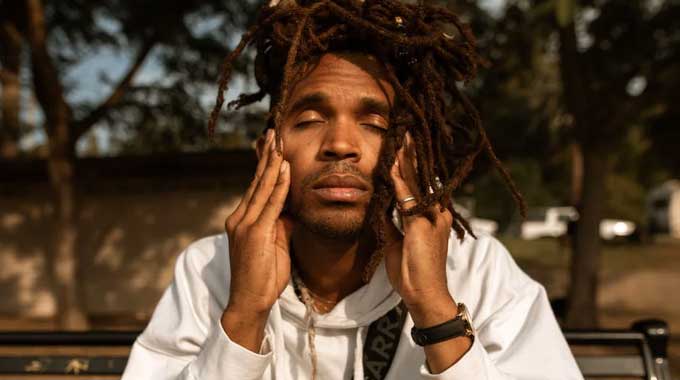 Dependence is the presence of withdrawal symptoms when stopping taking a substance and can be a consequence of taking a prescription drug. It is a physical dependence, without a psychological need to keep consuming Adderall.

In the case of addiction, individuals face a physical and psychological need or craving for prescription stimulants, to their own detriment. It is in these cases that addiction treatment starts to become necessary. With Adderall dependency, there is no psychological component.

If you face Adderall addiction, you may find yourself compulsively taking Adderall, with no regard for the consequences. You could also find yourself having obsessive thoughts about it in a way that affects your entire life. In the case of dependency or addiction to Adderall, withdrawal symptoms become an inevitability if its use is abruptly stopped.

Signs and Symptoms of Adderall Addiction

There are a few tell-tale warning signs of Adderall addiction that you should look for, such as:

All in all, taking prescription drugs like Adderall carries an inherent risk of addiction. This risk is exacerbated in those who have a history of abuse with other drugs. People who abuse alcohol are strongly discouraged to combine it with Adderall, as it increases the likelihood of alcohol poisoning. Even if you take it for legitimate reasons, addiction is always a possibility, especially if you begin to exceed your prescribed dose as you build up a tolerance. 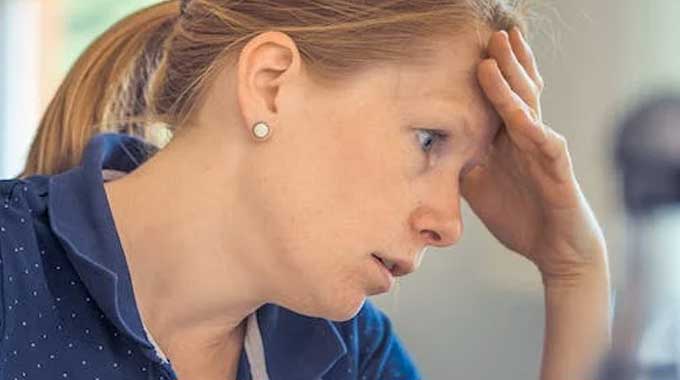 One of the signs of Adderall addiction is that the body starts having discomforting physical symptoms when use is abruptly stopped or interrupted. In cases of Adderall misuse, where individuals will usually take Adderall at a higher than prescribed dose, the likelihood of experiencing withdrawal symptoms is increased. While prescription stimulants may feel initially pleasant, the withdrawal symptoms they create are anything but, just as in many cases of prescription drug abuse. 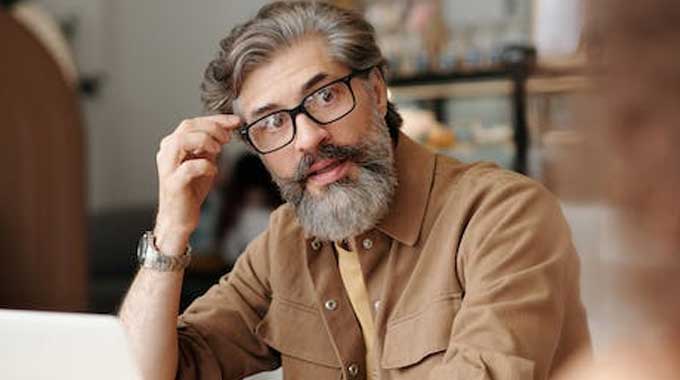 Withdrawal symptoms can start within a day of stopping Adderall use and they can continue for a period of weeks, depending on the individual in question. Due to the extreme discomfort and the potentially fatal results of Adderall withdrawal, it is strongly discouraged to simply abruptly stop taking it.

The withdrawal from Adderall dependence can be a complicated process, one that should be accompanied by help from treatment centers or mental health services. So if you are misusing Adderall, do not be afraid to get help from a professional.

Adderall misuse and abuse is a plague that affects many people, even people with ADHD. It is a substance that carries high risks of addiction, no matter for what reason you take it. If you are having difficulties with Adderall and spending all your time trying to manage your addiction, then it is time for you to look for help.

The good thing is that there are many options if you are looking for ways to treat your substance use disorder. At Cirque Lodge, we pride ourselves on providing top-quality treatment for all our patients, regardless of if they are college students who got too caught up in their study drugs or whether they got hooked on dangerous substances as a consequence of chasing a high. From cognitive behavioral therapy to experiential therapy, our Utah treatment center offers a wide range of in and outpatient rehab options.

Even if you have your own prescription in order to treat ADHD or a sleep disorder, you may find yourself in need of professional assistance. Adderall addiction (and prescription drug abuse as a whole) is a rampant problem. However, we are experts in treating victims of drug abuse with our specialized addiction treatment and we are ready to help you. Our state-of-the-art facilities are equipped with everything you need to work towards wellness.

We recognize that addiction is a disease, and there is no shame in being sick. If you want to avoid the health problems that accompany Adderall abuse, then please get in touch to start your journey to recovery.

For those who suffer from sleep disorders, sleep aids such as Lunesta may...

END_OF_DOCUMENT_TOKEN_TO_BE_REPLACED

When prescription drugs are used as directed, they can help many to live...

END_OF_DOCUMENT_TOKEN_TO_BE_REPLACED

If you're living with Vicodin addiction or abuse, it's normal to feel...

END_OF_DOCUMENT_TOKEN_TO_BE_REPLACED

For those who suffer from sleep disorders, sleep aids such as Lunesta may be of great help. Not being able to stay asleep throughout the night, waking up too early, or not being able to sleep at all can diminish a person's quality of life and affect their physical...

When prescription drugs are used as directed, they can help many to live healthier, happier lives. But when they are abused, initial feelings of relaxation and euphoria quickly slide to adverse consequences similar to that of illicit street drugs. Prescription drug...

If you're living with Vicodin addiction or abuse, it's normal to feel hopeless or scared. However, you are not alone in your experience. With the right support, you can break free and leave substance abuse behind. What Is Vicodin? Vicodin is a prescription painkiller...

Breaking free from prescription drug addiction and abuse isn't easy. However, with effective support, you can overcome the root causes of addictive behavior and rediscover your love of sober life. What Is Ritalin? Ritalin is the brand name for methylphenidate, a...