If you’ve been to a party or seen one of many popular movies that portray a party scene, you’ve probably seen people consuming both cocaine and alcohol. In fact, it’s a common theme popularized by movies such as The Wolf of Wall Street or Scar Face.

The reality isn’t as fun as the movie portrayals, and definitely not beneficial to your health. Using cocaine by itself can have detrimental short-term and long-term effects, from an overdose to organ damage and mental health problems. Combining alcohol consumption with cocaine exacerbates and multiplies these complications.

Despite alcohol being legal at the age of twenty-one, this alone doesn’t make drinking safe. Alcohol abuse is very common in the United States, and many people binge drink before reaching the legal age. Regularly engaging in heavy drinking behavior can lead to a host of chronic health issues down the road. Adding cocaine or other drug abuse to the mix only worsens these issues or causes additional issues.

According to a National Institute of Health (NIH) survey in 2020, about 5.6 million people reported having taken cocaine in the previous twelve months. Approximately 20,000 people died of a cocaine overdose in 2020. In a 2019 study, about 26% of adults responded they had participated in binge drinking in the prior month.

If you are looking for help to stop abusing alcohol and cocaine, there are addiction treatment options available to you. 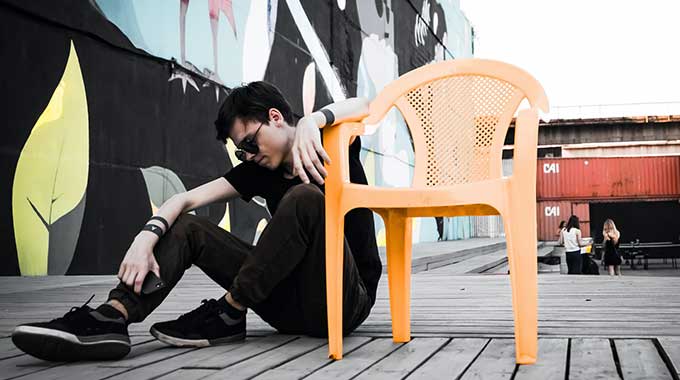 What Are the Side Effects of Using Cocaine and Alcohol?

Cocaine and alcohol use both have a long history in the story of humanity. The Incas in Peru have used the coca leaf (the natural source of cocaine) for millennia to take advantage of its physiological and medicinal benefits. Alcohol has been around in many forms and in many cultures for all of recorded history.

After scientists and doctors realized the medical benefits of cocaine, they also noticed a tendency towards addiction. This has led to a strict tightening of regulations for specific medical procedures. Cocaine is now a Schedule II drug, meaning it has a high potential for abuse but still has medical use.

People ingest cocaine in a number of ways, the main ones being snorting and smoking. Cocaine comes as a white powder, which people typically snort although they also dissolve it in water to inject it or smoke it. Cocaine also comes as a solid crystal (‘crack’) which people smoke. The effects are normally fast, with people feeling the stimulant and euphoric effects within seconds to minutes.

Cocaine users might build up a tolerance very quickly and can often develop a substance use disorder in a relatively short amount of time trying to ‘chase the high’. Since higher doses are needed even after a few uses to achieve the same effects, cocaine use is especially dangerous when people mix it with the loss of inhibitions and control that alcohol causes.

People treat drinking as a normal activity, or sometimes even as a rite of passage. But, alcohol use disorder is a serious issue that affects nearly 15 million people aged twelve and older in the US. Drinking in and of itself brings with it a host of acute and chronic effects, including alcohol poisoning and an increased risk of certain diseases.

If you suspect a substance abuse disorder, looking for the following side effects can help you address potential alcohol or drug addiction.

Side Effects of Cocaine Use

Cocaine has gained a wide reputation as a party drug because of its side effects. You may feel or notice someone experiencing these effects:

People often take cocaine to ‘keep the party going’ or use the stimulant effects to fight off the depressant effects of alcohol. This often leads to increased alcohol consumption as you might feel re-energized to keep partying and drinking more. Taking cocaine and alcohol together can magnify the effects above, and you should never do it.

Side Effects of Alcohol Use

Alcohol is the most common and widely accepted drug people choose to consume. Because it’s legal to purchase after the age of twenty-one, it’s easily accessible. Alcohol has a range of effects, some similar to cocaine. These include:

If you or someone you know experiences these effects regularly from alcohol, or your alcohol consumption results in risky behaviors, you may have an alcohol addiction. Drinking heavily or frequently can put you at an increased risk of disease and mental disorders. Mixing cocaine and alcohol use will only make these outcomes worse and you should talk to a medical professional or one of our specialists about how to fight these behaviors. 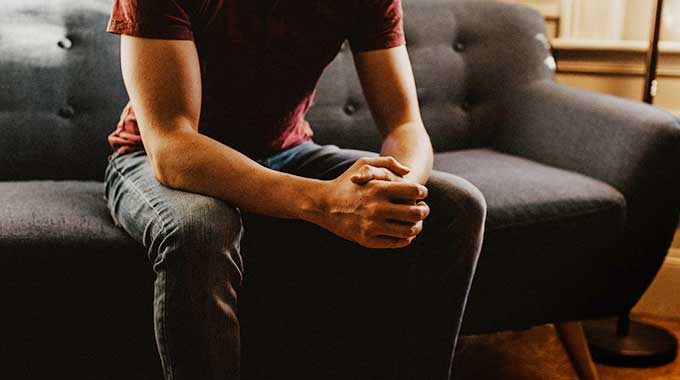 When you take cocaine and alcohol together (including with other drugs), it can be hard to judge how much you’re taking or if you’ve taken too much. This makes mixing drugs (sometimes referred to as ‘polydrug use’) especially dangerous.

Using the two drugs together may also result in indirect adverse effects due to poor decision-making. You might find yourself in a dangerous situation or doing things you wouldn’t normally do, such as taking other drugs or engaging in dangerous sexual acts.

The long-term effects may not happen overnight, but using these drugs excessively by themselves or together can wreak havoc on your body. They both cause toxic effects and in the long-term can have very negative effects on vital organs. Some longer-term risks include:

As you can see, both cocaine and alcohol can damage your liver and lead to heart attacks in the long term. Using the two substances together over the long term can exacerbate the effects of the other. 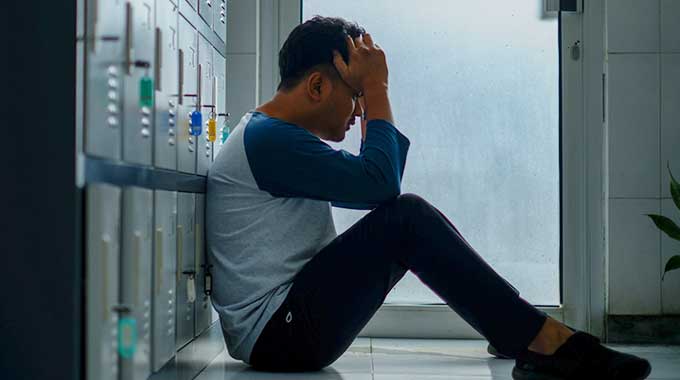 Why Do People Mix Cocaine and Alcohol?

People think of cocaine as a party drug, so they often mix the two in social situations where cocaine and alcohol are both present. If it’s your first time, you may see your friends doing it and decide to try it because they’re having fun. Other users like the happy feelings of alcohol combined with the energetic and stimulant effects of cocaine.

Some people take cocaine because drinking alcohol has made them tired or ‘down’ and they want to continue partying. This situation is dangerous because you may have already consumed a lot of alcohol, and taking cocaine makes you feel like you can take more.

Others become regular drug users because they build up a tolerance to cocaine, and become dependent on it or addicted to it.

Mixing cocaine and alcohol is never a good idea. Despite this, it has gained a reputation as a good combination when partying or going out. Both alcohol and cocaine can cause negative effects the night of and in the long term.

Dangers of Mixing Cocaine and Alcohol

As mentioned before, cocaine and alcohol each carry their own individual risks. Mixing cocaine and alcohol only amplifies those risks and can cause more severe long-term effects. In the moment, the drugs can amplify each other resulting in increased aggression or feelings of invincibility.

On a chemical level, the two drugs together are responsible for creating a hybrid metabolite called cocaethylene.

Cocaethylene develops in the liver when someone takes cocaine and drinks alcohol at the same time. This metabolite affects receptors similarly to cocaine and can remain in the body longer than cocaine, increasing toxicity levels. Some researchers think that it may increase the chance of overdose and sudden death in users.

One group of researchers suggests including the concentration of cocaethylene in a forensic drug profile of toxic substances due to its additive effect in overdoses.

If you’re noticing a pattern of behavior that includes drinking and cocaine use, you or the person you’re concerned about may have a substance abuse problem. Sometimes you may not realize there is a problem until health problems begin to show. It is important to have a difficult but sensitive conversation about seeking help, but not all treatment facilities are the same.

This is where Cirque Lodge can help you.

We are a premier luxury resort that will provide you the exclusivity and privacy you desire to move past your dependence and regain your life. Our amazing team will provide guidance starting at the admissions process and continuing even after you leave. We combine traditional programs with behavioral therapies and experimental therapies to produce extremely positive outcomes for our residents.

Contact our wellness professionals today at (800) 582-0709 to begin your recovery journey. We are ready to help.

People sometimes take both cocaine and alcohol at the same time because...

END_OF_DOCUMENT_TOKEN_TO_BE_REPLACED

How Long Does Dilaudid Stay in Your System?

What is Dilaudid? Dilaudid is the brand name for the opioid pain killer,...

END_OF_DOCUMENT_TOKEN_TO_BE_REPLACED

Klonopin is the brand name for the benzodiazepine clonazepam. It is used...

END_OF_DOCUMENT_TOKEN_TO_BE_REPLACED

What is Valium? Valium (diazepam) is a type of potent benzodiazepine that...

END_OF_DOCUMENT_TOKEN_TO_BE_REPLACED

People sometimes take both cocaine and alcohol at the same time because they believe that drink boosts the effects of the drug. This is unwise because it can be dangerous to mix cocaine with alcohol, and the practice presents severe risks to a person's health. Read on...

How Long Does Dilaudid Stay in Your System?

What is Dilaudid? Dilaudid is the brand name for the opioid pain killer, hydromorphone hydrochloride. The drug is used to treat severe pain and comes in oral tablet or liquid injection form. The substance is classified as a schedule II opioid by the Drug Enforcement...

Klonopin is the brand name for the benzodiazepine clonazepam. It is used to treat anxiety, seizures, panic attacks, and the movement disorder akathisia. It is also used to manage acute mania. However, while it can be used by prescription, it is also a recreational...

What is Valium? Valium (diazepam) is a type of potent benzodiazepine that is prescribed to treat anxiety disorders, sleep disorders, panic disorders, muscle spasms, and seizures. It is also commonly used to manage alcohol withdrawal symptoms safely. In 1963, the Food...