Modafinil is a prescription drug used to treat excessive fatigue from sleep disorders. There is also evidence that it works in the treatment of stimulant addiction and neurodegenerative diseases such as Alzheimer’s and Parkinson’s. Modafinil has a very low potential for abuse and addiction. However, if you are particularly predisposed to addiction there is a chance that you can develop one to it. 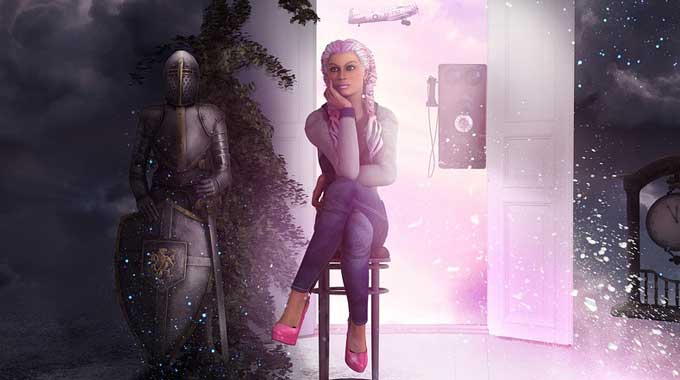 Modafinil is a prescription drug commonly known by one of its brand names Provigil as well as the smart drug and the Limitless pill. It is a central nervous system stimulant and acts on dopaminergic systems. When dopamine is released, there is always a certain amount that is not taken into the receiving cell. Dopamine which is still in the synaptic cleft is taken back up by the releasing neuron so that it can be released again.

Like cocaine, modafinil blocks the reuptake of dopamine so that there is more dopamine in the synaptic cleft available to act on receptors of the receiving cell. It is also thought to be involved in regulating norepinephrine, glutamate, and GABA activity. Its action is thought to affect parts of the brain involved in the sleep cycle.

Modafinil was developed in the 1970s by Michel Jouvet, a French neuroscientist, and was approved for medical use in the US in 1998. It is used to treat narcolepsy and other sleep disorders such as shift work sleep disorder and obstructive sleep apnea. It is also used illicitly as a study drug because it enhances cognition and has been used by astronauts and members of the armed forces on long missions for many years. In 2020, there were more than one million prescriptions of modafinil in the US.

Modafinil is a schedule IV drug which means that it has a low potential for causing abuse and addiction. Some are questioning this classification as they believe that it should not be a scheduled drug at all which is the case in countries including the UK, Germany, Australia, and Canada. It was first classified as a scheduled drug due to concerns that it caused similar effects as cocaine.

However, while modafinil acts in the same way as cocaine in terms of inhibiting dopamine reuptake it is far less effective at this and therefore causes much milder effects without the experience of euphoria which is a major factor in the development of addiction.

While the chances of modafinil abuse and addiction are low, it is possible so should be considered. Abuse of prescription drugs is characterized by taking:

A 2007 study showed that one third of people taking drugs such as modafinil and Ritalin were buying counterfeit drugs online. This would suggest that modafinil abuse is high according to this definition. However, unlike more potent drugs there is not as great a concern that this will lead to dependence and addiction.

Nevertheless, a few case studies have shown the development of tolerance, dependence, and addiction to modafinil. Tolerance is where you need increasing quantities of a drug to get the same effect. If you are using modafinil to avoid feelings of lethargy you may increase your dose as your symptoms of lethargy return.

Psychological and/or physical dependence develops gradually and is more likely the more you use a drug, therefore, the development of tolerance to a drug increases the chances that you will develop dependence as you are taking more. Dependence occurs when your brain and body get used to the drug you are taking and feel like they cannot function normally without it. When you stop taking it you experience withdrawal symptoms which can be extremely unpleasant. This makes it very difficult to quit.

Addiction is normally close behind dependence. It is characterized as a brain disease that causes you to compulsively seek out and take the substance to which you are addicted. You can also develop a habit-based addiction which is where you compulsively carry out certain actions which give you a rush. Such as gambling, shopping, or sex addictions. While modafinil is not typically considered among addictive drugs, some people will be more prone to developing an addiction to it and may also still develop a habit-based addiction. 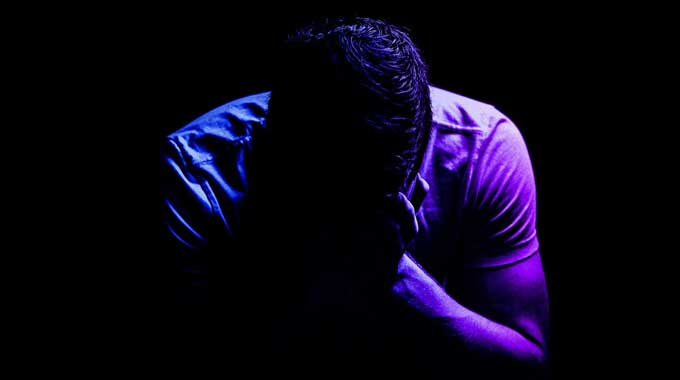 While the chances of becoming addicted to modafinil are low. Like any drug, modafinil can cause side effects in addition to what it is prescribed for. This means that for some people the negative effects of it can outweigh the positive.

Care needs to be taken for those with kidney problems and it is not recommended that those with arrhythmia, significant hypertension, and left ventricle hypertrophy take modafinil.

In high doses, modafinil overdose is possible. This causes symptoms of insomnia, agitation, tachycardia, and high blood pressure. If you experience someone having an overdose you should call 911 so that they can get medical treatment.

Since modafinil dependence has not been experienced and studied often, withdrawal symptoms are not clearly defined. However, there is evidence that people who have developed a dependence on modafinil may experience the following symptoms when they quit:

Modafinil Use for Stimulant Addiction

Modafinil has been shown to be effective in treating substance addiction to stimulant drugs. When you have developed dependence and an addiction to a stimulant your brain adjusts to it. For example, using dopamine blockers such as cocaine, your brain will begin to only feel normal when you are taking it. When you stop your brain struggles with the reduced dopamine activity.

Modafinil makes this process easier, it works in the same way as cocaine but is much milder with a lower chance of addiction. This means that your brain does not experience such a shock when you stop taking cocaine and the withdrawal process is easier.

The FDA currently does not approve modafinil for substance addiction. This means that insurance companies do not cover the cost of modafinil for this. Those who do use it need to pay a huge amount with thirty 100 mg pills costing $870. In contrast, illicitly produced modafinil can be bought for around $2 per 200 mg pill. This means that it is tempting to buy modafinil from illicit sources. The risk with this is that the amount of modafinil in the pills is not regulated and that it could be mixed with other substances.

Part of the reason that modafinil is not being used to treat stimulant addiction comes down to corporate support. Some pharmaceutical companies may not want their brands to be associated with possible cocaine addiction and therefore might not support the use of modafinil for addiction treatment. Corporations have a huge influence on medical treatment options, as is seen with opioids. It is in part due to the marketing of opioids by pharmaceutical companies that opioids are currently prescribed so heavily.

When weighing up whether modafinil should be approved for the treatment of substance abuse problems it is important to understand what the withdrawal effects from stimulants are. In this way, you can weigh up the pros and cons of the situation. Withdrawal effects will vary depending on the person, it is based on factors such as weight, sex, and how heavily you are using. Common withdrawal symptoms include:

Many people believe that modafinil should be de-scheduled like it is in many other countries. Even if it is not de-scheduled there is a compelling argument that it should be approved as a treatment for stimulant addiction. This would require the promotion of it as a safe alternative to other stimulants and research into its long-term use. De-scheduling drugs can be a long and grueling process. 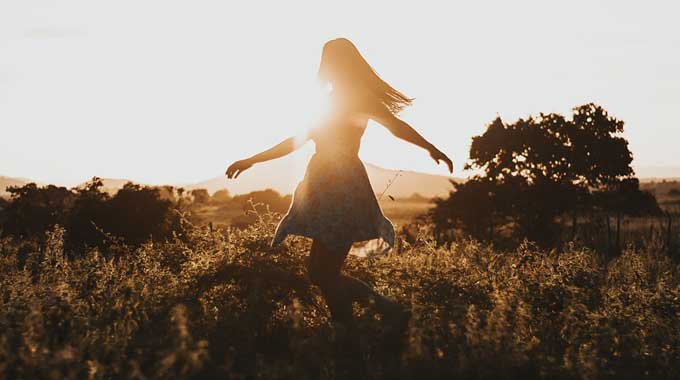 There can be a lot of stigma surrounding drug abuse. Since modafinil addiction is rare, you may struggle to accept that you have a substance use disorder because you do not believe that it is possible. However, it is important to understand modafinil abuse and addiction in case you are one of the people who can become addicted and need addiction treatment.

The first step when you enter addiction treatment programs is detoxing from modafinil. It is generally recommended that you taper off a drug to which you are addicted as this makes the process less intense and dangerous. It is also common to use a replacement drug that has similar effects to the drug to which you are addicted but is less addictive. In this way, your brain will have less of a shock when you stop taking the drug. With time, you are tapered off this replacement drug as well. There is little research about modafinil treatment but one case used bupropion as a replacement drug as it works on dopamine and norepinephrine uptake.

If you suspect that you or a loved one has a modafinil addiction, the sooner you get treatment, the easier the recovery process will be. Cirque Lodge is a private and exclusive treatment center. We understand the stigma behind substance abuse and addiction and provide discrete care so that you can decide yourself whether you want your substance use history to be known to others.

We offer a wide range of treatment options including:

Please visit our website or call us at (385) 220-8887 for more information about our facility and treatment options or if you are ready to seek treatment.

For those who suffer from sleep disorders, sleep aids such as Lunesta may...

END_OF_DOCUMENT_TOKEN_TO_BE_REPLACED

When prescription drugs are used as directed, they can help many to live...

END_OF_DOCUMENT_TOKEN_TO_BE_REPLACED

If you're living with Vicodin addiction or abuse, it's normal to feel...

END_OF_DOCUMENT_TOKEN_TO_BE_REPLACED

For those who suffer from sleep disorders, sleep aids such as Lunesta may be of great help. Not being able to stay asleep throughout the night, waking up too early, or not being able to sleep at all can diminish a person's quality of life and affect their physical...

When prescription drugs are used as directed, they can help many to live healthier, happier lives. But when they are abused, initial feelings of relaxation and euphoria quickly slide to adverse consequences similar to that of illicit street drugs. Prescription drug...

If you're living with Vicodin addiction or abuse, it's normal to feel hopeless or scared. However, you are not alone in your experience. With the right support, you can break free and leave substance abuse behind. What Is Vicodin? Vicodin is a prescription painkiller...

Breaking free from prescription drug addiction and abuse isn't easy. However, with effective support, you can overcome the root causes of addictive behavior and rediscover your love of sober life. What Is Ritalin? Ritalin is the brand name for methylphenidate, a...